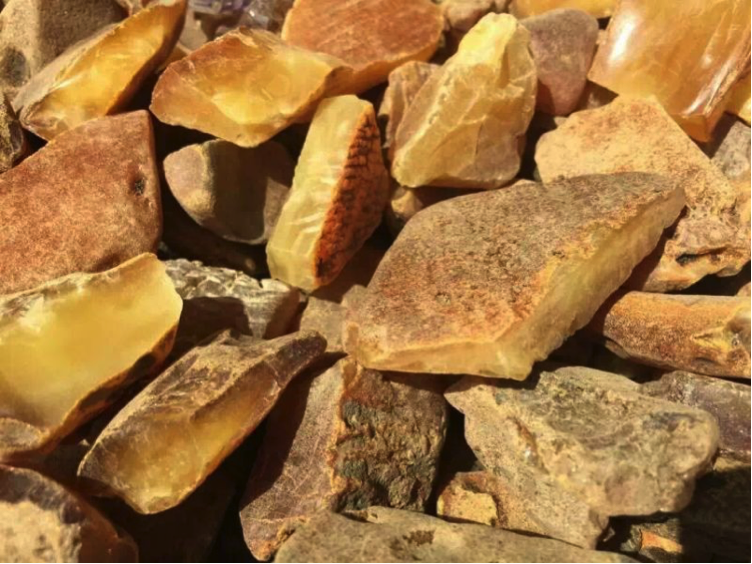 The Forum of the Amber Industry organised by private limited company Kaliningrad Amber Factory, which was held in Kaliningrad, Russian Federation, on 6–8 October 2016, resulted in the signing of a contract on the acquisition of raw amber between the company Jiangsu Yulinglong Jewelry Technology Co, Ltd (People’s Republic of China) and Kaliningrad Amber Factory (Russian Federation).
More than a half-year has passed and finally in April 2017 Kaliningrad Amber Factory obtained a licence to export amber to China.
In May, company Jiangsu Yulinglong Jewelry Technology Co, Ltd shiped the first 34 tonnes raw amber consignment to China. It should be noted that it has been quite a while since such a large quantity of raw amber has reached China, and the company which delivered it has been more widely known among jade businesses rather than amber processors.
Chinese raw amber processors have reasonable concerns as to the absence of competence of Jiangsu Yulinglong Jewelry Technology Co, Ltd in amber business as well as the proper distribution of raw materials. Chinese jewellery producers have been particularly concerned about this situation.
In recent years, Kaliningrad Amber Factory has declared that raw amber would be sold directly to the processors of raw amber material, through no intermediaries or profiteers, yet the situation has not changed and raw materials have been still disposed by companies that have no experience in amber business and distort the market and further increases the prices of raw amber.
The Association “Le’amber Consortium” has been actively involved in negotiations with Kaliningrad Amber Factory regarding the acquisition of raw materials for the major global processors for over a year; however, all endeavours were to no avail.
Currently, Jiangsu Yulinglong Jewelry Technology Co, Ltd has been actively searching for buyers of raw amber in China.