2018-10-122018-10-25 admin
LE’AMBER Consortium > News > The takeaway is that due to the aforementioned reasons, the international amber industry is going into a new economic phase – the recession phase, which can result in a deep international crisis. 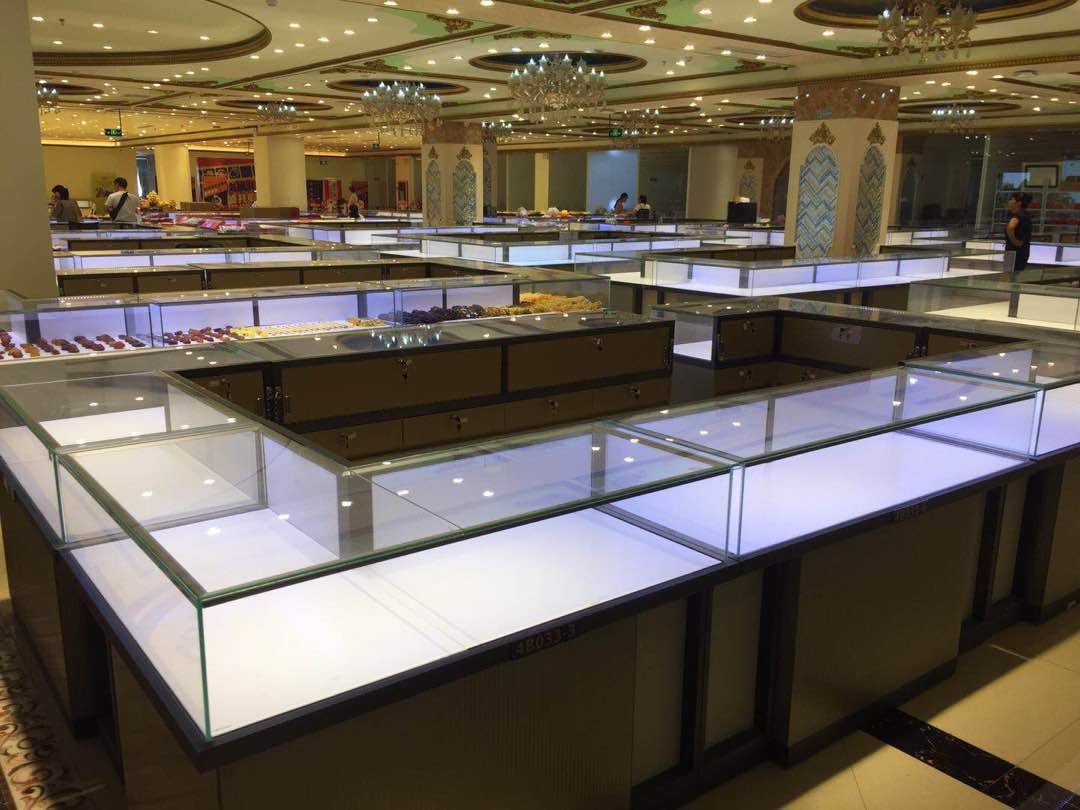 The takeaway is that due to the aforementioned reasons, the international amber industry is going into a new economic phase – the recession phase, which can result in a deep international crisis.

This is the argument we used to summarize our article, written in April of this year. Even though many of the amber processers, sellers and miners had a tiny hope that this economic process will somehow maybe be avoided, our consortium deeply regrets that in economy there is no such word as „maybe“. What we have instead are precise economic cycles that cannot be avoided – except perhaps mitigated.

In September of this year two specialized jewelry exhibitions took place in Gdansk and in Hong Kong. It is a unique, organic tradition that marks the beginning of the new autumn season.

For many years, manufacturers would actively buy and stock up on raw amber (which was supposed to last until next March), whereas retailers would rush to buy as many amber pieces as possible for the autumn and winter seasons. Everything for everyone was clear and well understood. This year, however, the autumn season never started.

What started instead were massive insolvency processes of raw amber traders or, in other words, re-sellers. Amber product and semi-finished product manufacturers weren’t too far behind, using all means to sell-off their product stock for any price and pay their creditors.

The amber ship is sinking, it is sinking at a rapid pace and no one is spared, neither the big, nor the small. The consortium has received a number of queries from amber businesses with one question: “What to do? “. So now, we would like to move on from our poetic introduction towards real economic numbers and facts in the international amber industry.

The most sensitive sector of the amber industry, which determines success for the rest of the industry. Let’s begin with the leader, which owns around 90% of all raw amber resources in the world – the Kaliningrad Amber Combine (Russia).

It is clear to anyone, who is even a little acquainted with economics, that the biggest economic crises do not come out of nowhere. A crisis is a consequence of economic mistakes in the entire chain. It is the result of wrong decisions, which the amber business makes more than is necessary, and the leader here is our aforementioned Kaliningrad Amber Combine.

Every year the Kaliningrad Amber Combine extracts more and more raw amber. The estimate for this year is 450 tons and the amount for next year will be similar. Yet the complete incompetence and disorientation of Combine management in this business, has not only had a negative effect on the international amber industry – the biggest effects of such actions may be felt by the Combine itself.

In the opinion of the “Le’Amber” consortium, the Combine may come to the brink of bankruptcy and become insolvent as soon as the first half of next year. Today, there are a few simple questions that we should pose to the company of Combine:

It is likely that we would not receive answers to these questions, because, even though it should the company of Kaliningrad Combine simply does not know. When the supply of amber in the world is 5-6 times bigger than the demand, is worthless to expect anything good. At the end of this year the expected amount of unused raw amber resources in the world will be 1 300 tons (approx. 500 tons in Kaliningrad (KAK) + approx. 500 tons in China (strategic partner) + approx. 300 tons (traders and processers).

“Jiangsu Yulingljng Jewelry Technology Co.”, a Chinese company which is also known to be the strategic partner of the Kaliningrad Amber Combine, does not see a way out of the current situation and has become a hostage of previously signed agreements and commitments. This company faces big financial difficulties and may soon fail to fulfill its commitments (we attach some visuals from an amber warehouse in China).

Today the price index „Stock 442“ of raw amber fell to a critical level – below the 2011 price level. This is the first such case in the last seven years. In comparison to 2014, the price fell almost four times. Ukrainian suppliers of amber, where there is no raw amber mining industry, followed the market. When the demand in the market disappeared, so did the supply. Mining in Ukraine simply stopped or fell to a minimum. What also stopped was raw amber smuggling, which for many years was a real splinter for the business.

We can confidently say that today an organized amber processing industry no longer exists. And if there is no one to process the amber, there is no point to mine it.

The major players in China were the first ones to stop production (in spring of 2017) or reduce it to 10%. These factories used to process around 50% of all material supplied to the international market. They actively invested in market regulation, developing new technologies, as well as popularizing and promoting amber products. The cause of stopping factory work – disorder in the raw material industry.

As early as 2014, the consortium reached out to various level raw material suppliers (including the Kaliningrad Amber Combine) and warned about potential negative consequences in the amber industry, in case of reckless and disorganized distribution of raw amber. Unfortunately, these warnings were ignored and overshadowed by the sole, blind goal for profit, by selling more amounts of raw amber to anyone and anywhere. Such shortsighted policy, especially at the Kaliningrad Amber Combine, completely destroyed not only the local Russian processer, but also the 2025 national amber industry development strategy in Russia, which will now only remain on paper, as an unfulfilled dream.

The discontinuation of work at Chinese factories left around 2000 unqualified small and medium Chinese processers in an empty niche. Just as material suppliers, they wanted to produce and sell more standard amber products as quickly as possible for a good enough price. The consequence of such economic phenomenon is overproduction, which began to impede the work of the same small and medium companies.

According to consortium calculations, at the moment only 15% of the small and medium companies operate in China. Other companies have stopped production and decided to focus their attention on solving financial problems, since most of the turnover funds were received from credit sources. Now these companies are focusing on selling factory stock and paying back credit. The wholesale sector, however, is in total recession. The statistics are very gloomy. There are currently around 150 tons of unsold amber products and semi-finished products in China. Of course, today, it is nearly impossible to sell more.

(We attach some visuals from September 15, 2018 taken at the once thriving amber shops in Shenzhen.)

In China, the overblown amber bubble burst and had a boomerang effect not only on the Chinese market, but also on the worldwide amber industry.

Retail trade has reached its lowest point in 25 years, especially in countries like China, which had the most developed specialized amber store chains and online trade. The number of once thriving amber companies has decreased. By this September, one of the biggest amber store chains in China (did not wish to be disclosed) was left with only 3 stores in comparison to the 100 they managed merely 5 years ago. This is a typical situation across China.

There are only a few major amber product store chains in Europe, and even these ones are counting their losses. Independent stores are not doing any better, and their role in the amber industry is very small.

The burden of debts to suppliers and minimal sales have put the retail trade into a period of stagnation. Economic growth, investments or new structural changes across this important branch of the amber industry in the near future is hopeless.

Based on the consortium’s statistical data, we can forecast that compared to 2014-2015, the sales profits for 2018 in the international amber retail industry will be 10 times smaller.

To summarize the international status of the amber industry and its consequences as of October, 2018, we would like to end with what we started:

“The international amber industry has went from a recession to a cycle of deep economic crisis, which will not be very brief”.